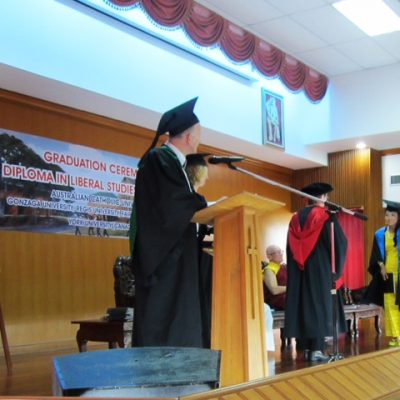 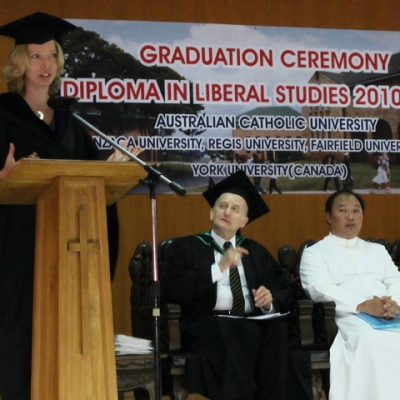 The conflict in Burma has resulted in over 3,000 ethnic villages being razed to the ground, farmers killed or abducted, and educational, health and social services destroyed. The displaced are easily dragooned into the army or into being porters to carry the army’s supplies and to test for landmines with their feet. While the inhabitants of the camps have mostly fled violence and oppression in their homeland, an increasing number is leaving for reasons of poverty and even educational opportunity (KHRG, 2009). Figures vary but there are approximately 150,000 registered refugees from Burma settled in nine camps along the border in Thailand.

By becoming refugees, they have given up their main mechanism for exercising their rights – their citizenship. They find themselves in a protracted refugee situation, not one of short duration. Primary and secondary education is provided by community-based organisations (CBOs), such as the Karen Refugee Committee – Education Entity (KRC-EE) backed up by international NGOs such as ZOA Refugee Care and World Education which specialise in, inter alia, capacity building, curriculum development and teacher training.

Upon invitation from the Australian Catholic University (ACU), York University’s Anthropology and Geography Departments will contribute on-line sections of two existing Faculty of Liberal Arts and Professional Studies courses to an existing ACU consortium of universities currently offering a Diploma in Liberal Studies to refugees on the Thai-Burma border and in Ranong, Thailand.

In addition to online delivery, this initiative emulates new directions in geography and anthropology regarding the development of virtual fieldtrips/ethnography, conducive to mobilizing pedagogical potential and enhancing the education (academically and experientially) of York University under/graduate and refugee students, and developing linkages with universities in Thailand for the further expansion of this project. Specifically, in Years 1 & 2 (2011-13), we will offer a section of The End of the Earth As We Know It: Global Environmental Change; and in Year 3 (2013-14) we will offer a section of an Anthropology course Introduction to Social Anthropology. The refugee and migrant students will be registered in these York courses with York University students. As a second stage of the project, we also expect to explore partnerships with universities in Thailand where the project team has linkages. We will work towards the development of fieldtrips/ethnography where refugee, York University and Thai students could benefit from online interaction and the sharing of assignments and other types of exchanges. This stage of the project may include interaction with Thai students and organizations, and the development of international experiential education opportunities.

Australian Catholic University (ACU) is the former Secretary General of Caritas Internationalis, one of the largest aid and development networks in the world. Duncan MacLaren has coordinated the ACU Refugee Program on the Thai-Burma Border since 2008 and received the 2010 ACU Vice-Chancellor’s Award for Outstanding Community Engagement for his work on this program, which includes the ACU Diploma in Liberal Studies Program. He has degrees in languages, theology, and development studies. His latest publication is Tertiary Education in Pursuit of the Common Good: the Thai-Burma Border Experience in Learning, Teaching and Social Justice in Higher Education edited by Noah Riseman, Sue Rechter and Ellen Warne, published in 2010 by the eScholarship Research Centre of the University of Melbourne.

Robin Roth teaches in the Department of Geography at York University and is a member of the York Centre for Asian Research. She has conducted research with Karen communities in Thailand over the past 11 years and supervises graduate students who work on the border of Thailand and Burma. She will once again be teaching York University’s online Geography course, The End of the Earth As We Know It: Global Environmental Change, in the 2012 Fall term as part of the Australian Catholic University’s Diploma in Liberal Studies Program on the Thai-Burma border.

Wenona Giles is a Professor, Anthropology and Scholar at the Centre for Refugee Studies (CRS), York University. She is a long-time researcher who has taught and published in the areas of migration (including forced migration), refugee issues, gender, ethnicity, nationalism, work, globalization, war. Her articles and books include co-edited publications: Development and Diaspora: Gender and the Refugee Experience (Artemis, 1996); Refuge Special Issues on Gender Relations and Refugee Issues (1995) and with Sarah Dryden-Peterson on Higher Education for Refugees  (2010-11). She is lead co-editor of Feminists under Fire: Exchanges across War Zones (2003); and a co-editor with Jennifer Hyndman of Sites of Violence: Gender and Conflict Zones (2004). She co-founded and co-coordinated the International Women in Conflict Zones Research Network (1993-2004). Her SSHRC funded research with Hyndman (2005-2009) on protracted refugee situations focuses on Somali refugees in Kenya and Afghan refugees in Iran. They are currently writing a book based on their research. She is principal investigator for a SSHRC grant (2011-13) “The Provision of Higher Education for Long-Term Refugees in the Dadaab Camps, Kenya” and co-lead with Don Dippo on a MasterCard Foundation Grant: Reaching Higher: The Provision of Higher Education for Long-Term Refugees in the Dadaab Camps, Kenya.

Ei Phyu is a current doctoral candidate in the Department of Geography at York University. Her current research examines the conceptualization of “home” by Karen refugees living along the Thai-Burma border and those resettled in Canada through their relationship to food, material cultures and involvement in bordering practices. She will be the tutorial leader for the online Geography course, The End of the Earth As We Know It: Global Environmental Change for the 2012 fall term taught by Dr. Robin Roth. She completed her Master’s degree in the Faculty of Environmental Studies at York University and her Bachelor of Arts (Honours) at Queen’s University.

Susan McGrath is Director of the Centre for Refugee Studies at York University, as well as a member of the Workshop Organizing Committee and PI of the SSHRC-funded Refugee Research Network. Her research interests include: refugee women’s mental health, community education and practice, and community-based social development. Dr. McGrath has been involved in community development and educational initiatives in neighbourhoods with large populations of immigrants and refugees for a number of years, including access to tertiary education. Her recent work in Sudan on the vocational and training needs of the ex-combatants is very relevant to the themes being addressed in this workshop.

She brings her experience as the Director of the international Refugee Research Network (RRN) and as President of the International Association for the Study of Forced Migration to this project.

Penny Van Esterik teaches in the Anthropology Department at York University and is a member of the York Centre for Asian Research. She has carried out extensive research and publishing in Southeast Asia (Thailand, Lao PDR and Indonesia). Dr. Van Esterik was co-investigator in the IDRC Laos Project on “Building Research Capacity in Community-Based Natural Resource Management” (2003-2006), which examined Lao food security and natural resource management. Her publications include Food Culture in Southeast Asia, 2008; Flexible Networking in Research Capacity Training at National University of Laos: Lessons for North South Collaboration; Risks, Rights and Regulation: Communicating about Risks and Infant Feeding (WABA 2002); Materializing Thailand (2000); Women of Southeast Asia (Ed.,1996); and The Transformative Power of Cloth in Southeast Asia (Co-Ed., 1994).

Peter Vandergeest teaches in the Department of Geography at York University and is a member and former Director of the York Centre for Asian Research. He is the Geography Department liaison person for internationalization and has taken geography undergraduate students abroad for a field research course. His research program on environmental and agrarian change in Southeast Asia has taken him to Thailand on an annual basis for the past 20 years where he formed collaborative relationships with Thai academics in Chiang-Mai University and elsewhere. His graduate students also regularly do thesis fieldwork in Thailand. Vandergeest also has links to the Department of Social Sciences, Silpakorn University, Nakorn Pathom Campus (near Bangkok).